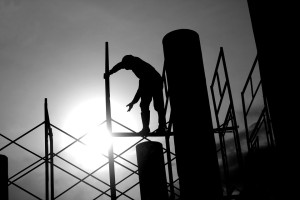 With the recent announcement of the United States’ withdrawal from the TPP, there may be hope on the horizon for international trade proponents. On February 22, 2017, the Trade Facilitation Agreement (TFA) was ratified by at least two-thirds of the World Trade Organization membership.

The TFA is the largest global trade deal in over two decades and was the first Agreement concluded at the WTO by all of its Members. (The U.S. passed the deal in January 2015.)

The Agreement stands to increase transparency and the opportunities to participate in global value chains as well as decrease corruption. It contains provisions for expediting the movement, release and clearance of goods, including goods in transit. Furthermore, the TFA supports closer collaboration among customs and other national authorities, and offers technical implementation help to countries in need.

While the poorest countries would likely see the biggest advances, the TFA is set to benefit developed countries too. According to the WTO, “Full implementation of the WTO Trade Facilitation Agreement could reduce trade costs by an average 14.3% with African countries and least developed countries (LDCs) forecast to enjoy an even bigger reduction.” The WTO Fact Sheet is a good comprehensive overview of TFA benefits.

Moreover, the TFA will trigger structural reforms and lead to revisions in laws and the promotion of smarter regulation.