What Global Trade Managers need to know about BREXIT?
SHARE 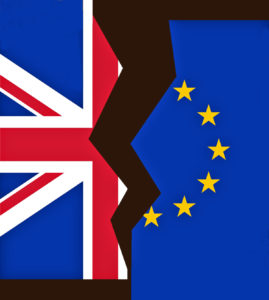 THE STORY SO FAR

BREXIT is acronym of “BRitish EXIT/BRitain EXIT” from the European Union (EU). On June 23, 2016, United Kingdom (UK) residents voted for an ambitious referendum to leave the EU as they felt the benefits of belonging to the unified monetary body no longer obviated the cost of free movement of immigration. Around 17.4 million UK residents voted in favour of leaving against 15.1 million to stay back.

On March 29, 2017, former UK Prime Minister Theresa May submitted the Article 50 withdrawal notification to the EU. It gave the UK & EU time until March 29, 2019, to negotiate for an agreement. In response, the EU extended the deadline to October 31, 2019.

The Brexit vote has imposed following 3 hard options on the UK:

In contrast, the Wall Street Journal has analysed a total of 9 possible outcomes!

TRADING BEFORE THE BREXIT

On July 24, 2019, Boris Johnson replaced Theresa May as UK’s PM. He promised to execute Brexit by October 31, 2019, DEAL or NO DEAL. It is not merely the EU, but the entire Global Value Chains (GVCs) that will bear the potential impact of Brexit. Over the last 40 years, the UK has had no independent policy on international trade relations. Being a part of the EU, UK’s effective trade policy has consensually been the same as for all in the European Council.

Following Brexit, the UK might reject the membership of either the European Economic Area (ECA) or a Customs Union. Under this circumstance, Brexit will manifest into an independent UK trade policy to govern its relations with its suppliers (and customers) around the world. A key reason behind the rejection of a Customs Union is its wish to regain independence on trade policy.

As a part of their ‘Global Britain’ vision, the UK government has expressed their intention to negotiate Free Trade Agreements (FTAs) with a variety of economies – EMERGING (like China, India, Brasil, etc) and DEVELOPED (like US, Australia, NZ, etc) partners. What the shift from the EU trade regime will mean in terms of trade relations with less economically interesting partners, is unknown. This creates huge uncertainty for developing country suppliers relying on existing trade agreements with the EU for access to the UK market.

Such countries will be most vulnerable to policy change due to Brexit. It is critical to understand that trade policy is not just about FTAs. It is also about an entire structure of EU unilateral trade regimes that have evolved over the decades. Till now, the developing countries got special market access preferences and the poorest of them get very high levels of access. In other words, countries categorized as Least Developed Country (LDC) by the UN paid no tariffs on their exports to the EU/UK, whereas countries categorized as Emerging Economy would pay 12%. The LDCs will benefit from a special EU access regime which have ratified and applied a long list of international agreements on everything from ―labour rights to environmental protection (called GSP+).

The continued integration of these LDCs into UK-oriented GVCs post-Brexit requires continued & consistent market access. There is no guarantee that the UK will provide this. It will not be surprising if they abandon their long-standing support for LDCs’ integration onto the world economy. There will almost certainly be a UK special access regime for LDCs after Brexit. However, a key question will be the extent to which the UK retains a generous access regime and the current GSP+ regime for LDCs. Existing GVCs have been built over time in response to existing trade regimes and their framing rules. The quicker future policy is clarified, the easier it will be for GVC actors to integrate any changes into their strategies and adapt to the new reality. The UK’s Department for International Trade (DIT) is examining possibilities. With so many issues to consider in the post-Brexit landscape, LDCs are concerned that they will not be top priority for UK policy makers.

Many opine that the UK is less reliant on their EU partners than the other way around, due to their strong trading relations with countries like the US, worth around $100 billion annually. The free trade benefits that the UK has enjoyed with the rest of the EU-27 will likely change as they might impose value-added taxes and duties on goods originating from UK. This will reduce much of the currency competitiveness gained by EU firms in the aftermath of the Brexit vote.

The electronics industry in general could benefit from the drop in the pound’s value while sourcing expensive components from the UK. While for the pharmaceuticals industry, Brexit presents a scenario of uncertainty for regulatory & market authorization bodies of drugs in the UK. Currently, the UK pharmaceuticals sector is more cost-competitive before imposition of new tariffs and owing to currency favourability.

According to data provided by Harvard University’s “Atlas of Economic Complexity”, the UK’s largest export partner is the United States, which accounts for 11% of the nation’s export total. Germany is a close second receiving UK’s 10% of exports, Switzerland gets an additional 8%. These three are followed by the Netherlands – 7%, France – 6%, and China – 6% too.

Apart from this, there are other factors that will be considerably affected –

And, just hours before this blog got published; on PM Johnson’s request the Queen of Britain ordered the suspension of Britain’s Parliamentary sessions. These marathon Brexit sessions have been the longest in its last 400 years history. The Queen of Britain is likely to address the country on October 14, 2019, prior to the October 30, 2019 deadline.

If you wish to know about our products/services, please request a demo or do contact us.