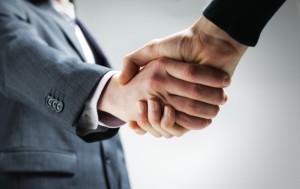 The TPP is important not only for its size, but also for the fundamental ways it will impact how this and future preference agreements are regulated by governments and executed by business.  It will put in place a model for how future agreements operate, and integrate between countries.  Business will see new requirements to mirror this integrated approach in the systems and business processes that manage the cross border supply chain.

How is TPP different?

According to the Office of the U.S. Trade Representative, TPP is the first U.S. free trade agreement to include a chapter on “regulatory coherence,” Regulatory coherence refers to the use of “good regulatory practices” and efforts between governments to “enhance regulatory cooperation…[to] promote international trade and investment, economic growth and employment.”  This includes “fact-based regulatory decisions that will serve to eliminate the prospect of overlapping and inconsistent regulatory requirements.”

In short, regulations for this and future agreements are continuing to merge along the lines of the WTO model, to eliminate non-tariff barriers to trade, integrate multiple countries and harmonize how trade preference managed and claimed by trade partners.  And going forward, the US considers the TPP as a prototype to the future Transatlantic Trade and Investment Partnership (TTIP) between the US and the European Union.

The TPP’s main benefit to importers and exporters will be the reduction (and in many cases the elimination) of tariffs on qualifying products moving between member countries. More materials and services will see trade barriers disappear, leading to lower costs.  These advantages will make sourcing and trade between member countries more and more attractive, leading to increase in trade volume within the agreement.

But gaining the benefit of reduced or zero duties is not free. It requires shippers to obtain origin information from suppliers, determine origin and preference for products, and issue certificates to customers.  The TPP rules of origin will determine the specifics of how this is done.

Like other WTO agreements, the TPP has a list of product-specific rules of origin that are determined by changes in tariff classifications resulting from production or remanufacturing of goods. These “tariff shift” rules often are detailed and require documentation to determine whether a good produced in a TPP country involving inputs from more than one country can qualify as TPP originating.

To give trading partners additional options regarding origin, the TPP includes an important provision for “cumulation.”  If a good qualifies as a TPP good under the rules of origin when it is imported into a TPP country, the good can then be further processed in that country and treated as an originating input for the purposes of any further rule of origin tests on the finished product. This will allow a TPP country to include components from other TPP countries into a final good and still be considered an originating product. This flexibility will promote additional trade and economic integration between the TPP countries.  If your business currently has challenges trading in the region due to multiple overlapping origin requirements, the TPP will likely provide some simplification to this process.

Impact outside the TTP

The potential for increased trade volumes subject to preference will also likely impact requirements for domestic shipments as well.  Producers shipping domestically will more often need to provide their customers with TTP certificates of origin in order for their customer to perform their own preference determination.

What can you be doing now?

If you have supply chains in the Asia-Pacific region you should evaluate now, before the agreement starts, to identify the opportunities and risks the TPP will bring to your business:

It is reasonable to state that TPP will be enacted at some time in the future, but the question is, when?

In October, the signatories announced that agreement that an agreement had been reached on the TPP. The US released the final text in early November 2015.   The full text of the agreement can be found at https://ustr.gov/trade-agreements/free-trade-agreements/trans-pacific-partnership/tpp-full-text  A summary is here: https://ustr.gov/about-us/policy-offices/press-office/press-releases/2015/october/summary-trans-pacific-partnership .

The TPP will enter into force sixty days after all twelve signatories have approved the agreement.  For the US, the TPP implementing legislation needs to be approved by the US House and Senate to either pass or reject the agreement, and this process could last into mid-2016, or longer.  The other signatories also need to approve as well.  If any country fails to approve within two years of the date of signature of the agreement, the TPP can still enter into force once six signatories accounting for at least 85 percent of the combined GDP of the original signatories have approved. So if this requirement is met, the TPP could be effective in October, 2017.   There are many factors in play, but a reasonable assumption given the facts today indicate that the TPP could be in effect sometime between the end of 2016 and before the end of 2017.

Have a plan in place to manage the coming complexity, especially when planning investments in IT and operations.  As trade agreements and supply chains move towards closer integration, business needs to do so as well.