In Part-1 of this blog we got to know what Outlier is all about in a layman term and demand planner’s problems. In this Part-2 of the blog, we will deep dive into usage of algorithm, how Outliers can be used and how to correct them.

When to use which algorithm?

Since IQR test is based on IQR value, which is the distance between Quartile3 and Quartile1, hence –

Whereas on the other hand Variance is Non-Robust i.e., gets more influenced by the outliers and for defining boundary all data points are considered as it’s based on Variance.

Demand Planner ran pre-processing algorithm for a product family having different trend and came up with following analysis:

As seen here, both IQR and variance test turned out to be reliable case for detection of outlier. 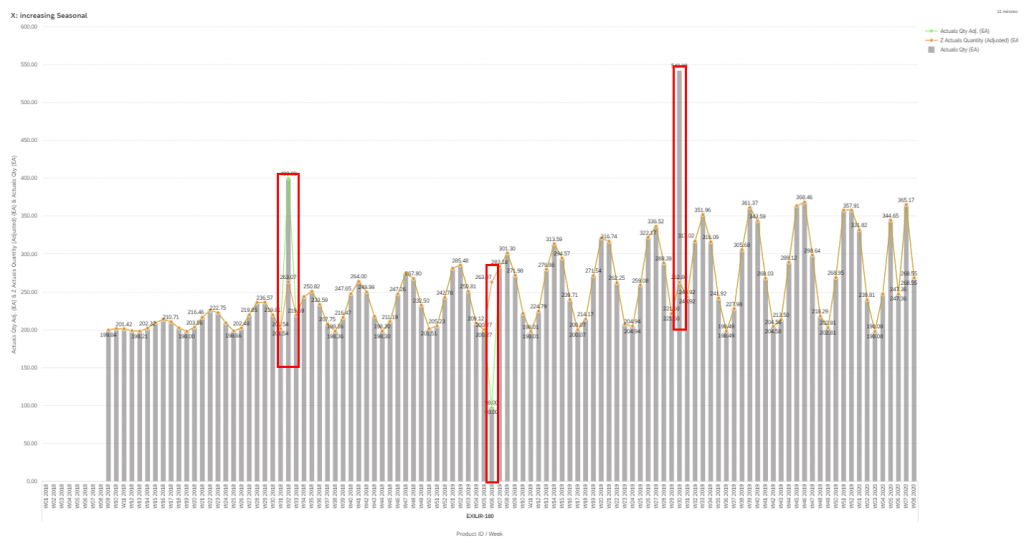 In case of increasing seasonal, Variance test turns about to be reliable as it detected all the outliers, whereas IQR missed a few. 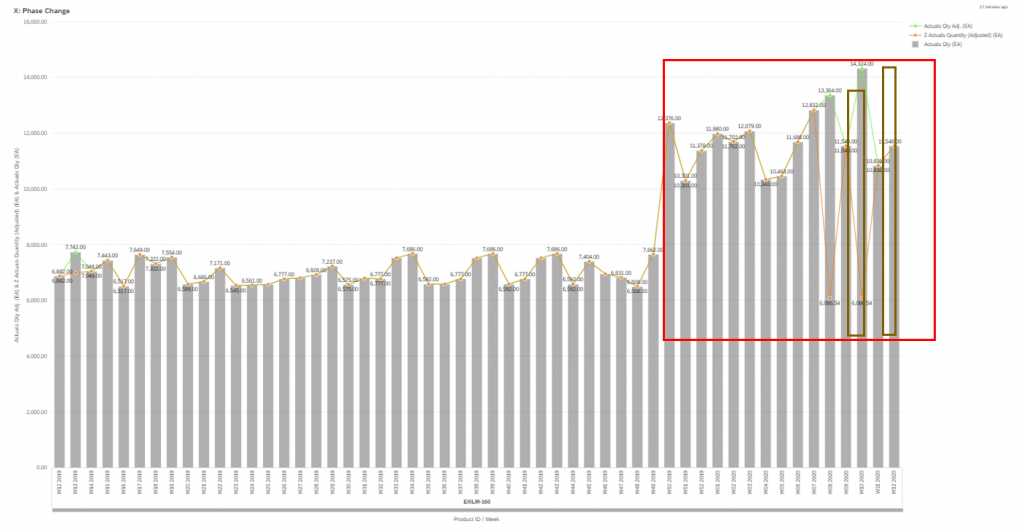 Black Bars highlight the data points treated as outliers by Variance as it is not normally distributed and hence IQR is better method in comparison.
*Note: Both the Pre-processing algorithm doesn’t hold good for intermitted demand or highly volatile demand.
*Note: Pre-requisites to Outlier detection is substitution of missing values, if it is not run then system will treat them as outlier. 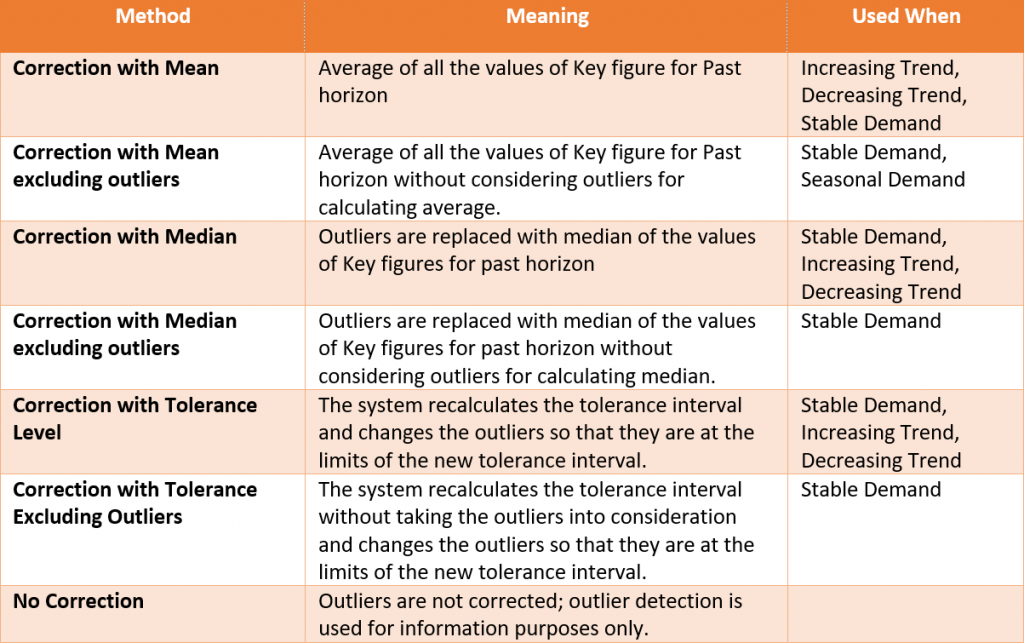 Outliers are the anomalies in historical demand patterns, which can reflect different meaning from the entire data set. And hence, it is crucial for organizations to not just being able to detect the outliers automatically but correct them as well without human intervention.
Once the data is without outliers, they can be fed as input for statistical forecasting.

Krypt is an SAP preferred partner and has assisted in the success of global businesses across industries & geographies. We have helped businesses through successful integration & implementation of SAP IBP, SAP GTS, SAP TM & SAP EWM.

If you are a global consumer products company looking for successful IBP deployment, and wish to explore more about our products/services, please request a DEMO or do contact us.