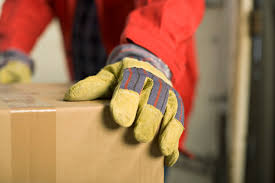 An Informal Entry is one which involves Importation of goods which does not exceed $2500 in value. Informal entries mostly do not entail CBP bond and are usually for personal use imports or commercial imports less than $2500 in value. In most cases, informal entries are granted if the value of goods fall below $2500 but when it comes to trade there are always exceptions!

One exception to the Informal Entry rule would be while importing textiles where goods value has to be less than or equal to $250 before it can be considered “Informal Entry”.  As we get into the nitty gritty details of “Informal entry” there is also something called as “Section 321” which is a type of informal entry where that allows for the release at the border provided value of the shipments are below $200 AND imported by one person on one day.

As we dive into the details of how Customs expects to file informal entries, it is to be noted that informal entries cannot be used on commercial shipments which are subjected to Quota/ADD/CVD duties etc.  Informal entries liquidate on the date duties are paid or when the entry summary is filed. One of the options is to file an informal entry on the spot once your carrier has brought the goods into the border; Importer can claim that the goods belong to informal entry at port of entry upon furnishing invoice and other relevant paperwork. There are other fees attached to Import shipments like Merchandise Processing Fee (MPF) which is subjected to 0.345% of the shipment value which excludes duty, freight and insurance charges. MPF for informal entries is a fixed fee ranges from $2, $6 or $9 per shipment depending on whether it is automated or manual and whether CBP personnel was involved or not.

Now let us see how SAP GTS helps to file an Informal Entry with so much ease even without a Customs broker.

SAP GTS allows you to automatically generate output messages like Commercial invoice, Packing list, Country of Origin, Entry summary form etc., which are some of the key documents that has to be sent to customs in order to release goods for informal entries.

SAP GTS can automatically populate default values in the Import declaration based on some conditional logic. It reduces manual entry required to process import declarations as well as establishes a level of consistency and accuracy eliminating rejections from customs authorities. For example in order to file informal entries if Intermediate consignee is a mandatory element then default rule can be setup based on origin location (Country of the plant) and country of destination.

Value determination is another feature in SAP GTS which considers various factors before calculating duties and fees. For informal entry based on Entry type duty calculation is performed and MPF is set to flat fee of $2; Numbers are calculated in the imported declaration and values pulled to trade forms.

Another powerful feature in SAP GTS is the “Incompleteness check” which checks for mandatory fields on import declaration and hence prevents generation of forms which contains errors. For example generation of Commercial invoice can be prevented if the product does not have a country of Origin assigned in Import declaration at the item level which is one of the key data elements while filing Informal Entry.