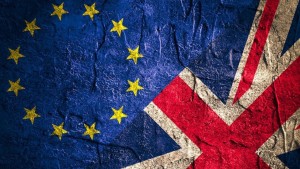 Late last week, after a really close vote, the UK voted in favor of party “leave”. For the most part, the world stood in disbelief. British Prime Minister David Cameron – who called the vote as a campaign promise but wanted to stay in the EU – said he’s putting in his three months’ notice and will leave office in October.

Global markets tanked. The pound hit its lowest level since 1985 and $2 trillion disappeared from world markets.

Over the weekend, EU leaders said they want to immediately start negotiating the split.

Last week’s vote isn’t legally binding until PM David Cameron triggers Article 50 (a section in the EU rulebook that would officially start the Brexit negotiations). Cameron said he’s going to let his successor deal with Article 50, meaning it might not be triggered for months. More than 3 million people have signed a petition to have another Brexit vote so there is a slim chance Article 50 might never get triggered at all.  However, once Article 50 is triggered, the UK will need a new trade deal with the EU. Article 50 permits a two year window to renegotiate Britain’s trade relationship with the EU – although it also allows for an extension.

Currently, UK companies are able to trade with the EU on a tariff free and quota free basis. During negotiations for a new trade deal, there is nothing stopping tariff increases or quotas, which limit the amount of goods and services that can be sold. Brexit will not affect the UK’s ability to trade with the US on current terms. However, the UK will not be part of the controversial Transatlantic Trade and Investment Partnership (TTIP) trade deal between the EU and US.

While timelines are still unknown, assuming everything continues down this path, everything from trade deals to immigration rules are going to change.